In recent years, we’ve seen an increase in women-owned businesses in the US.

In fact, there are more than 11.6 million American companies owned by women that create $1.7 trillion in sales. But only a fraction of these businesses has gone on to become billion-dollar companies.

From a dating app to a genetic testing kit, these are the women-owned businesses that skyrocketed straight to the top of their fields, organized by valuation.

Jennifer Hyman and Jennifer Fleiss launched Rent the Runway in 2009. Today, the fashion business is valued at $1 billion. 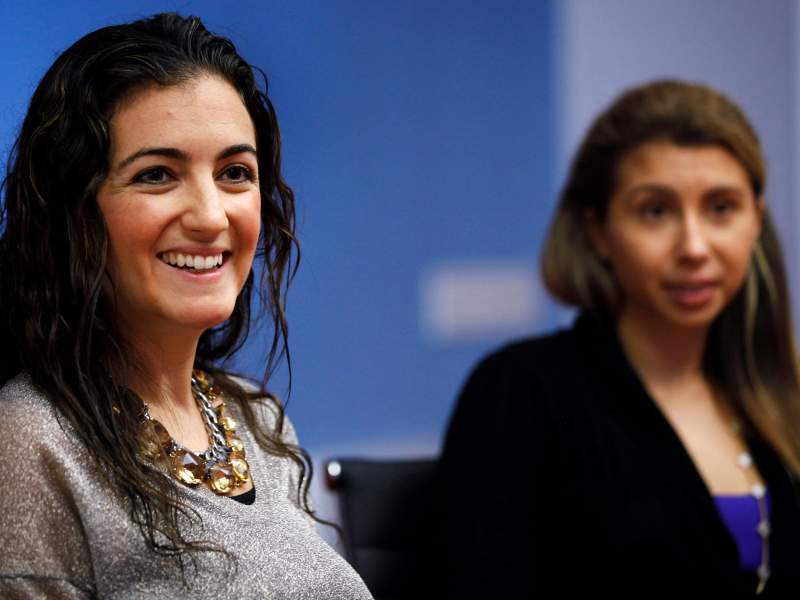 In 2008, Jennifer Hyman got the idea to start a business where women could rent designer clothing after her sister had to buy a $2,000 dress for a wedding. Hyman teamed up with Jennifer Fleiss to start the business, which started modestly on the Harvard campus. In 2009, Rent the Runway was officially launched, allowing women to access designer clothing for less money. 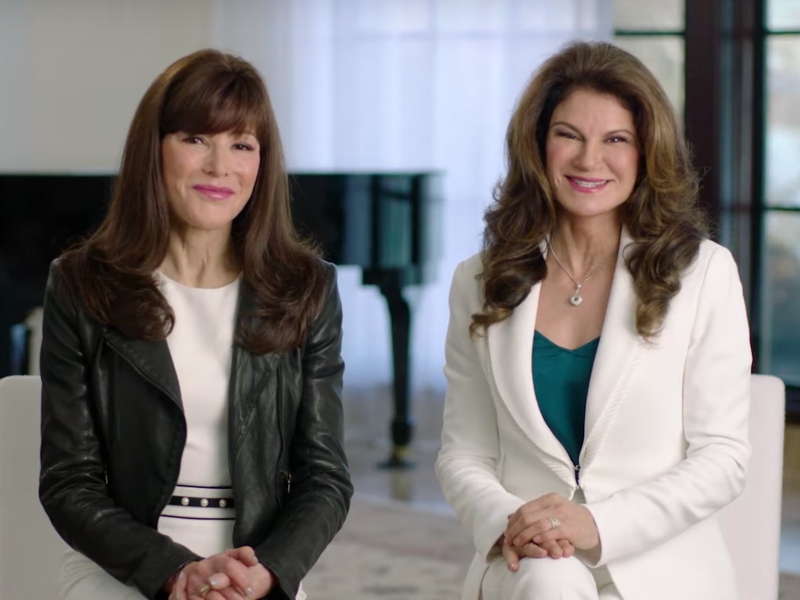 In 1989, Dr. Katie Rodan was frustrated that she couldn’t prescribe an acne treatment to her patients that would treat their whole face – not just the problem area. The following year, she and her friend Dr. Kathy Fields decided to find and sell an over-the-counter acne treatment. In 1995, Proactiv was launched and revolutionized the skincare industry.

Today, the company has 20 million customers, and Proactiv is valued at $1 billion, according to Forbes.

In 2002, the two doctors created the Rodan Fields brand, which focuses on skincare products for older women.

Whitney Wolfe Herd launched Bumble in 2014, and now the dating app company is worth $1 billion. 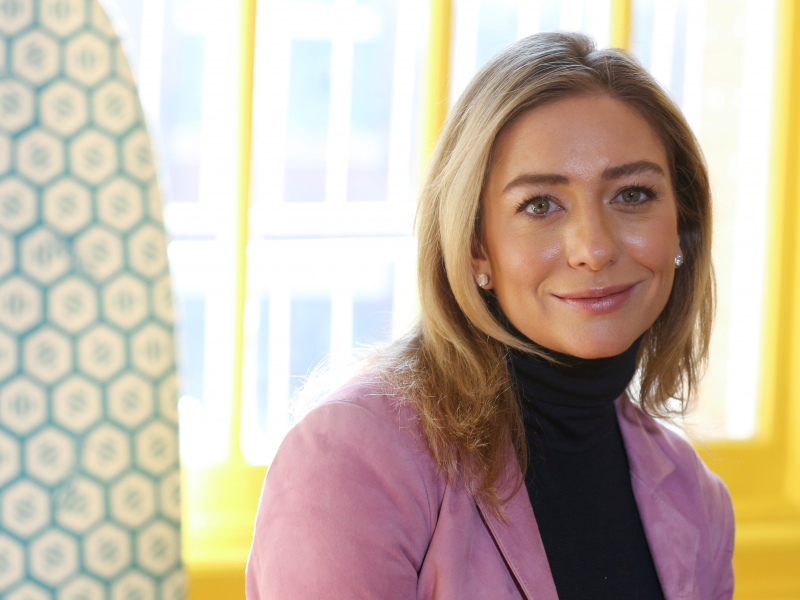 Whitney Wolfe Herd started her successful career in dating apps when she was a co-founder and vice president of marketing at Tinder. When she filed a lawsuit against her boss for sexual harassment, she was forced to leave the company. After Tinder, Herd decided to compete against her former employer and create a new dating app. With financial help from Badoo founder Andrey Andreev, Herd created Bumble, which allows women to make the first move after matching.

Today, Herd continues to be the CEO of Bumble, which is valued at $1 billion and has 35 million users.

Ellen Latham launched Orangetheory Fitness in 2010, and now the company has reached $1 billion in sales. 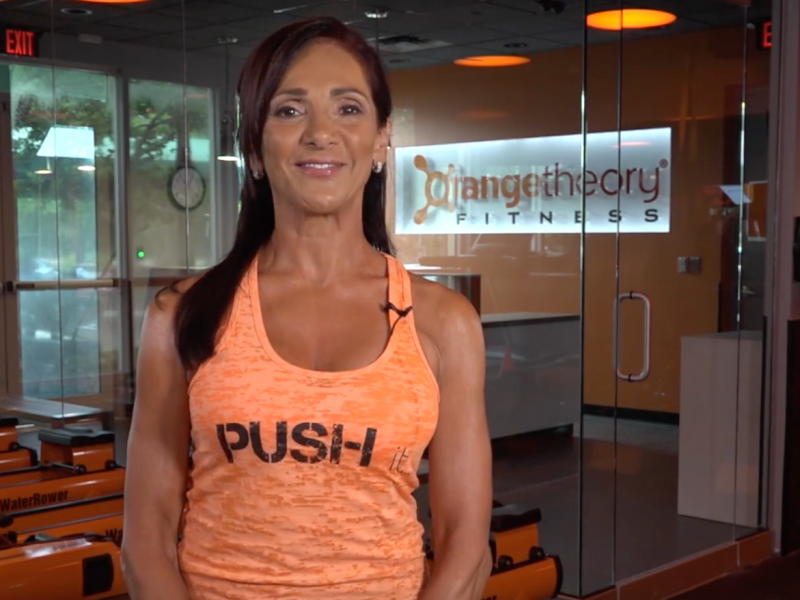 Ellen Latham was a physiologist when she opened her first yoga studio. Her customers quickly started to complain that they needed to supplement their yoga workouts with cardio, so she opened “Ellen’s Ultimate Workout,” which used scientific studies to build a full-body workout. In 2010, Latham turned her unique workout approach into a business with the help of Jerome Kern and David Long. Together, they opened the first Orangetheory Fitness studio in Florida and then slowly expanded throughout the country.

Sara Blakely launched Spanx in 2000, and the shapewear company is now worth $1.1 billion. 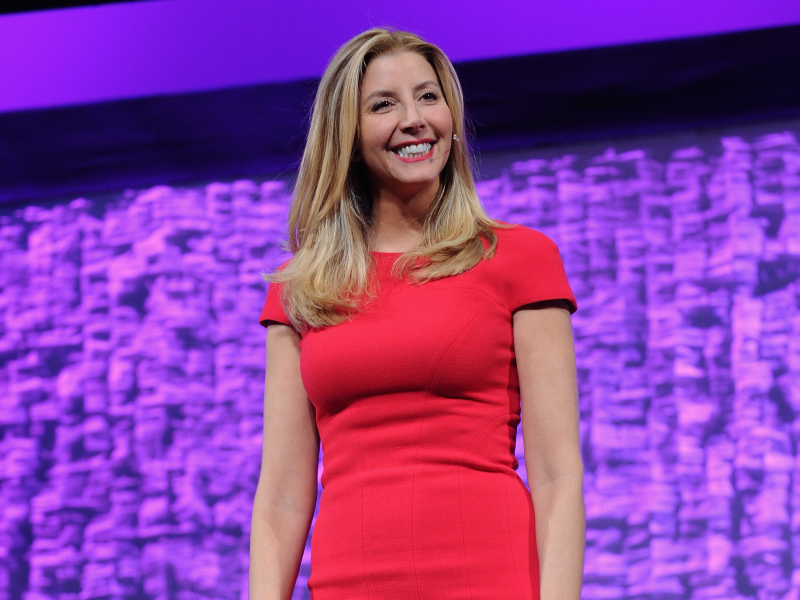 When Sara Blakely was getting dressed for a night out in the ’90s, she quickly decided to cut the feet out of her pantyhose. Her intuitive design inspired her to start a pantyhose business that was comfortable for women. On nights and weekends, she would work on patenting her design after already working a full day as a door-to-door fax machine salesperson. In 2000, Spanx was officially launched.

In 2012, Blakely was named the youngest female self-made billionaire, and today, the shapewear company is worth $1 billion.

Emily Weiss started Glossier in 2014 and now the beauty company is valued at $1.2 billion. 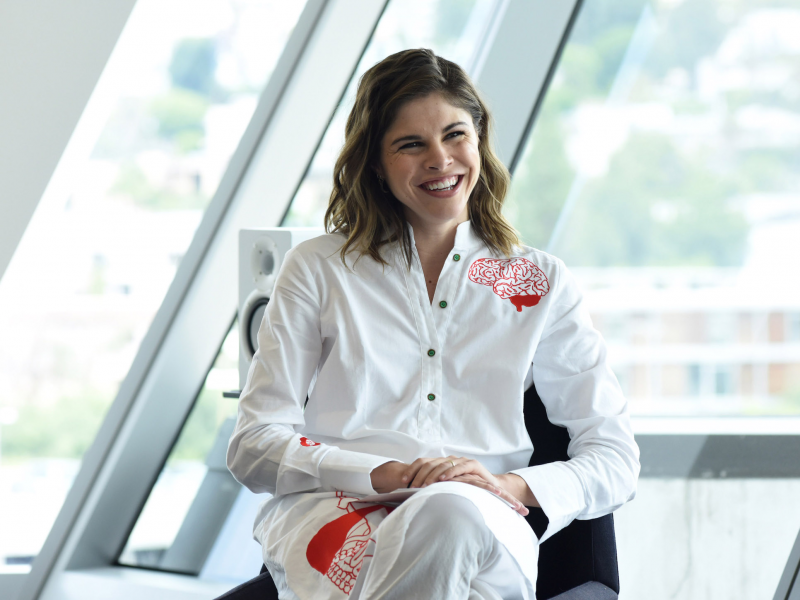 While Emily Weiss started as an intern at Teen Vogue (and even made an appearance on “The Hills,”) she became known for her blog, Into the Gloss.

The blog focused on beauty products, and it became so popular that she decided to leave her job at Vogue. In 2014, she turned her beauty blog into a company called Glossier, which sells beauty products directly to consumers via Instagram.

Just five years later, Weiss’ Glossier has been valued at $1.2 billion, and she has said she plans to open five retail locations in 2019.

Anne Wojcicki and Linda Avey started 23andMe in 2015, and the genetic testing company is now worth $2.5 billion. 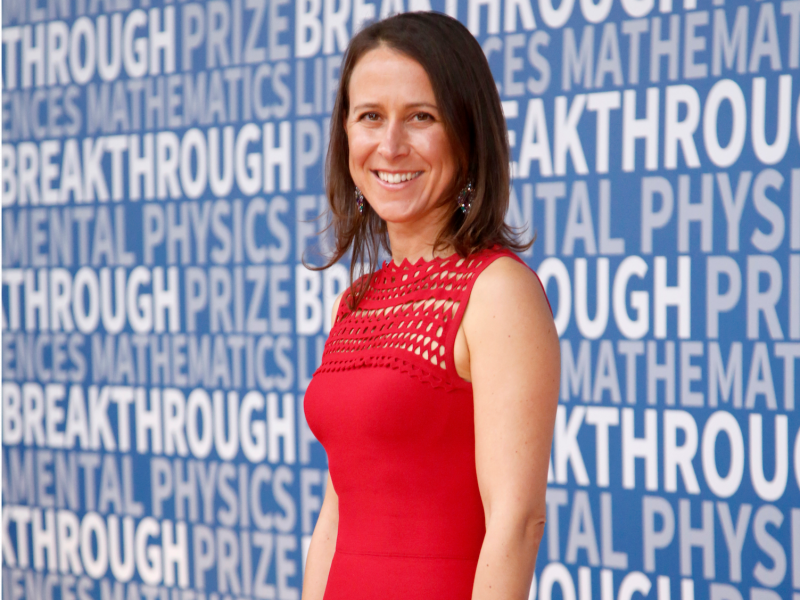 In 2006, Anne Wojcicki launched 23andMe with the help of Linda Avey and Paul Cusenza. The company was designed to test the likelihood that you will get various diseases, including cancer and even motion sickness. At the time of its launch, the genetic testing kit cost $999. Two years, later Time magazine named it the Invention of the Year.

Now, the company has been valued at $2.5 billion and has had over 10 million customers.

Along with her husband, Julia Hartz started Eventbrite in 2006, and now the event planning company is worth $2.8 billion. 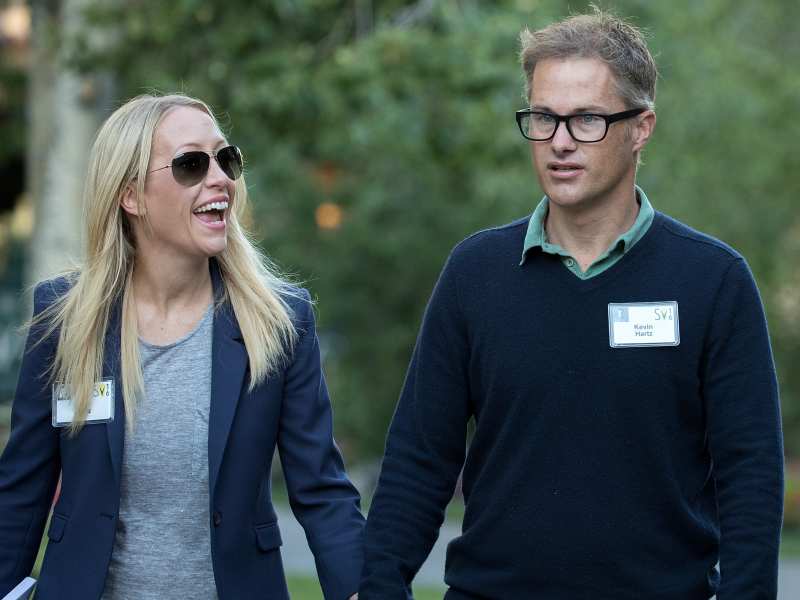 In 2006, Julia Hartz and her husband, Kevin, realized it was difficult for regular people to host ticketed events. Together, they launched Eventbrite, which allows consumers to buy tickets to events directly on Eventbrite’s website. Soon, the modest company was selling 60,000 tickets to a Black Eyes Peas concert in Central Park.

Today, the company has grown to cover 3.9 million events worldwide, and the company is now worth $2.8 billion.

Nichole Mustard helped create CreditKarma in 2008. Now, the finance company is worth $4 billion. 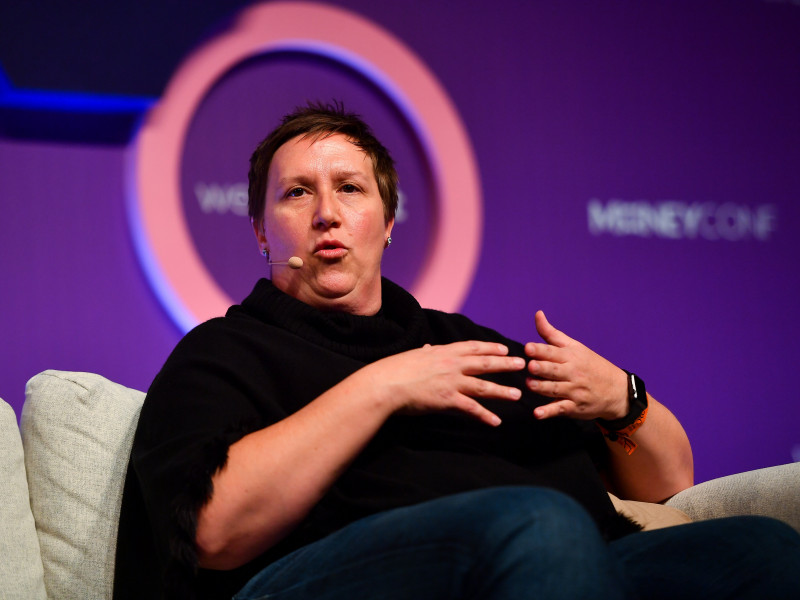 In 2007, Nichole Mustard was asked to join a project with Kenneth Lin and Ryan Graciano. Together, they came up with the idea to create a company where people could access their credit scores for free. In 2008, CreditKarma was officially launched, and two years later, the company had one million members.

Today, Mustard is the chief revenue officer at CreditKarma, which is now worth $4 billion. The company has given free credit scores to over four billion members.

Sandy Lerner started Cisco with her husband in 1984, and now the business is worth $248 billion. 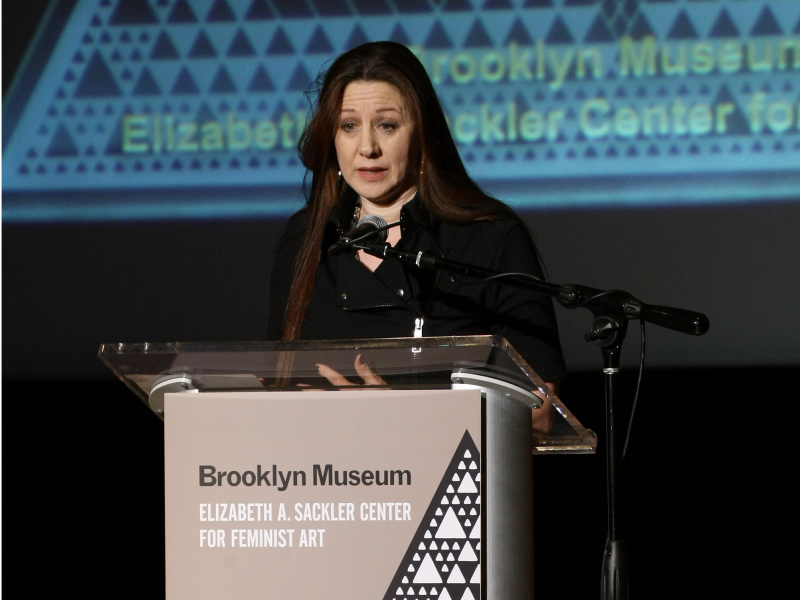 Sandy Lerner and her husband, Leonard Bosack, were working at Stanford University in 1981 when they developed a router that could connect computer networks. In 1984, they turned this new technology into a business called Cisco Systems. Throughout the next few decades, the company sold computer routers to several companies. Eventually, Lerner and Bosack left the company, but the business continued to grow and become profitable.